I am more than thrilled to share this week’s blog with you! I had the great pleasure of chatting with famed superyacht designer, Ron Holland. In case you aren’t very familiar with the world of superyacht design, Ron has been incredibly active and in demand for over four decades now and is responsible for some of the most famous yacht designs. But don’t take it from me, read on for more from the man himself! 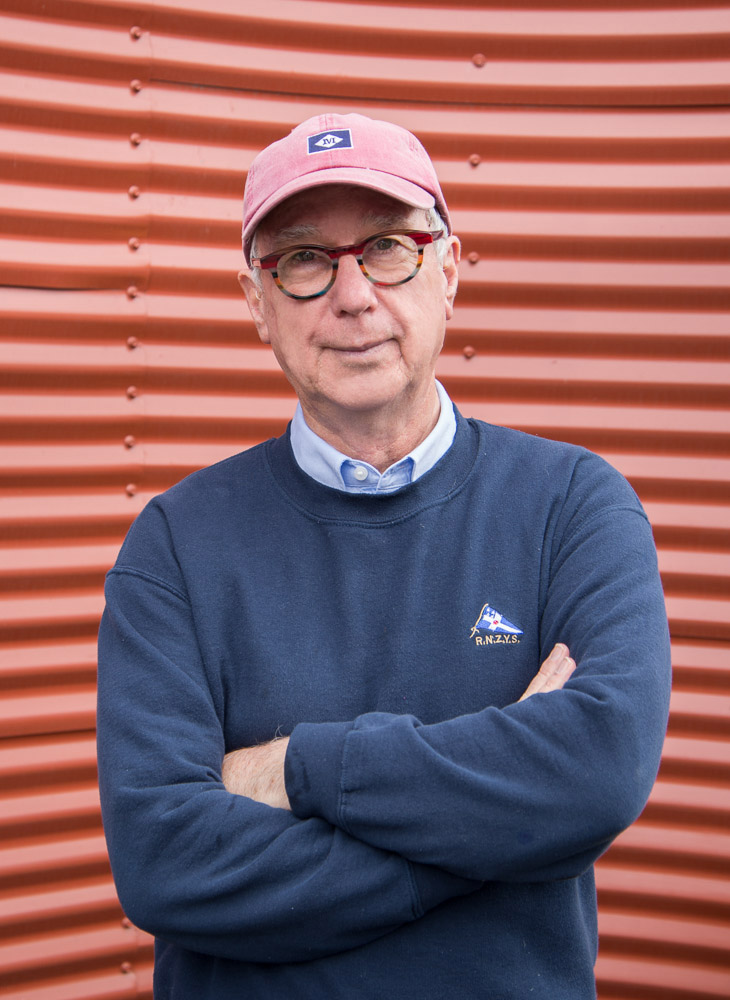 You’ve had an incredible career in yacht design, how did you first come to yachting?

I was born in Auckland, New Zealand and fell in love with sailing very early on. After getting a sailing dinghy for my 7th birthday (and capsizing!) I developed a real taste for the sport. A year later we moved to the east coast and I became submerged in the local sailing community.

By the age of 15, I was a regular crew member of several successful yachts. One of which was the 36 foot ketch Aloha on which I sailed from Auckland to Sydney, a journey of over 1,000 miles.

This all led to an apprenticeship with boat builder Keith Atkinson through the Auckland Technical Institute. While there, two teachers recognized a budding designer in me. With their support, my focus shifted from boat building to boat designing.

I was 18 when I received my first commission to design a 26 foot yacht for a fellow student. The success of the first yacht led to additional commissions. And the rest, as they say, is history! 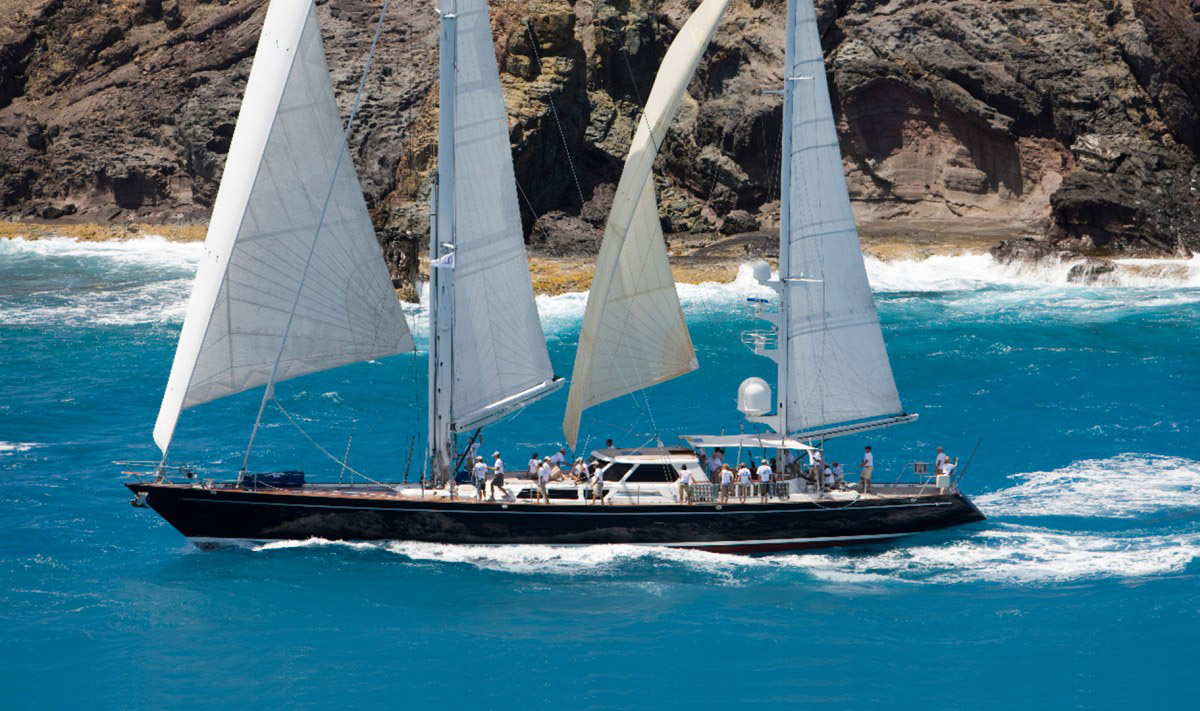 With so many changes to yacht codes and design, how does this affect your plans for future designs?

Greatly! We designed the first over 500 ton GRT aluminum sailing yacht (Felicita West built by Perini Navi) influenced by the new regulations. This required a 30% increase to the normal design time. That past experience helps for future design work.

Can you share a bit about your trickiest design experiences – any big requests from owners that forced you to think even more outside the box?

Without a doubt, this has to be Mirabella V! Launched in 2003, she had already broken a string of records. Besides, being the world’s biggest single-masted yacht, this 247 foot sloop had rewritten the rules of sailboat design and construction in a number of ways. First, she was the largest yacht ever to be built in composite materials. Once fully rigged, Mirabella V would boast the tallest mast in the world – a technological marvel of carbon fibre that would tower nearly 300 feet into the sky (or roughly 25 stories high). She would also carry the biggest sails (one of her headsails was actually certified by the Guinness Book of Records as the largest in the world) and her mainsail was roughly the area of half a dozen tennis courts!

This is just a window into the kind of outside the box thinking we had to do with this project! 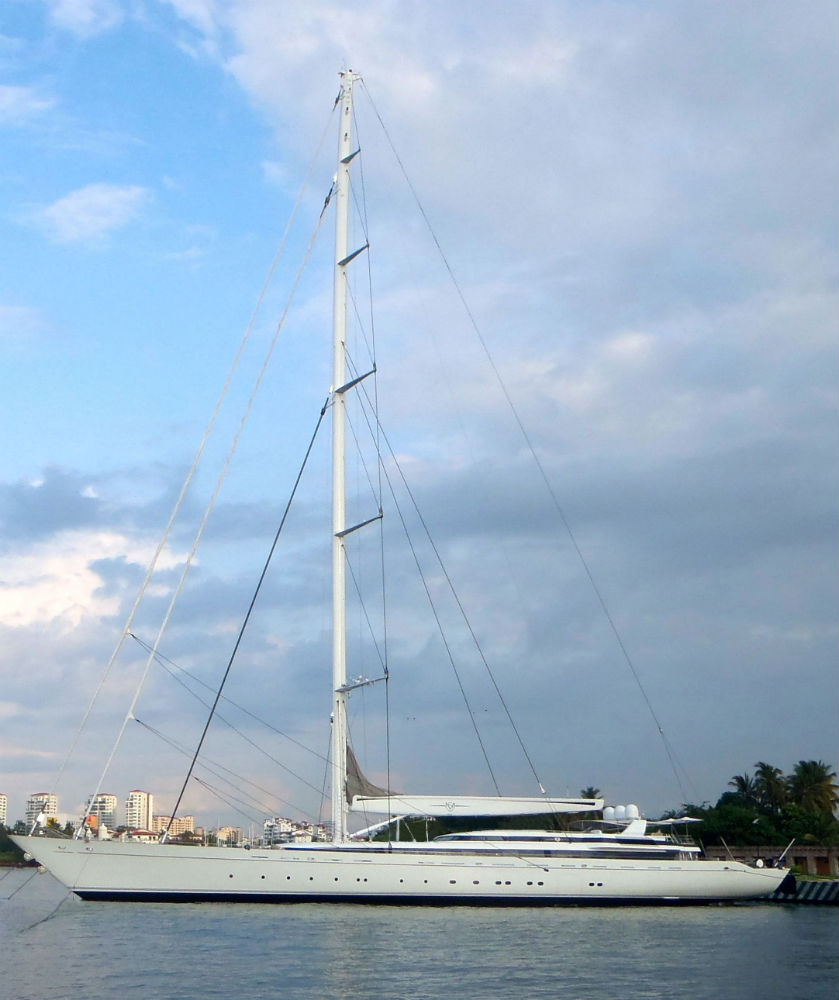 Mirabella V (now named M5)
Can you share about any upcoming projects you’re working on?

As I am now in my seventies, I guess I am semi-retired, (sort of!)….but I am currently working with an existing client (who owns another of my designs) on a 130 ft. schooner.

Working in this industry, travel is a big part of it – can you share about your favourite destinations you like to personally travel to?

The Northwest Passage – this month, I am going aboard my design Rosehearty (who just won the Boat International Media Voyager’s Award) and prior to that, I just went to Vanuatu. Talk about extremes!

Thanks so much again for your time Ron!